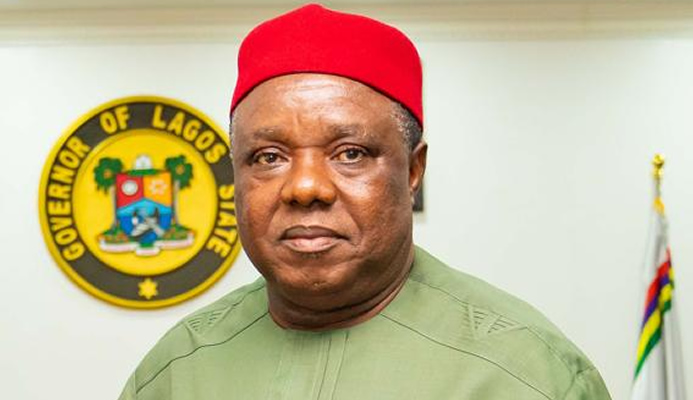 The Revenue Mobilisation, Allocation and Fiscal Commission says it has started preliminary work on the review of the remuneration of political office holders.

This, however, generated criticisms from the organised private sector, human right groups, among others.

Reiterating that the review would be achieved this year, the Chairman of RMAFC, Mr Elias Mbam, said the pay package of political office holders could go up or down after the process.

Mbam said the review would align the remuneration of the political office holders with “current realities” in the country.

Nigerian political office holders are reputed to be among the highest paid in the world despite the country’s revenue challenges.

Nigeria is rated as a ‘lower middle-income country’ by the World Bank.

The Federal Government had said that the country was not generating enough revenue, and, despite misgivings over the rising debt stock, planned to take more loans to fund part of the 2020 budget.

Also, the Debt Management Office had explained that the government embarked on borrowings to bridge revenue gap.

The Federal Government just hiked the Value Added Tax to 7.5 per cent, and also introduced other measures in the recently passed Finance Act, in a bid to generate more revenue.

Addressing some journalists during an interactive session in Abuja, Mbam said, “It is the intention of the commission to review remuneration of public office holders this year and the process will determine whether it will be a reduction or an increase.

“That is part of our primary responsibilities.

“It is one of the areas we intend to address this year so that the remunerations will reflect current realities.”

Asked whether a downward review was not the more obvious reflection of current realities in the country, considering the revenue challenges facing the government, Mbam said the review process would determine the outcome.

He said, “I don’t want to pre-empt what will be the result.

“It is a process and the process, if followed appropriately, will arrive at the appropriate answer. The preliminaries have commenced.”

Currently, the country’s President and Vice President earn N3.5m and N3.03m as basic salary, per annum, respectively, according to the breakdown made available by the RMAFC.

The commission is empowered by section 32(d) of Part 1 of the Third Schedule of the Constitution to determine the emoluments of political office holders.

The Vice President, governors, members of the National Assembly and some other categories of political office holders also receive similar allowances in different amounts.

Other regular allowances enjoyed by the President, Vice President, the governors and members of the National Assembly include personal assistant, constituency, vehicle fuelling/maintenance, domestic staff, entertainment, recess, newspaper/periodicals and utilities.

In an interview with one of our correspondents, the Coalition in Defence of Nigerian Democracy and Constitution described any upward review in the salaries and allowances of politicians as wicked and unacceptable, noting that Nigerians would not accept it.

The CDNDC Convener, Ariyo Dare-Atoye, said it would be a disservice to ordinary Nigerians coming at a time the state governments were finding it difficult to pay the minimum wage.

He said, “Any upward review of salaries and allowances of politicians is a disservice to the common man. It is wicked, unacceptable and Nigerians will resist it.

“How can the commission think of increasing their allowances when our political leaders are the highest paid in the world despite being the highest under-performers across the globe?”

The Nigeria Employers’ Consultative Association, on the other hand, recommended salaries and downaward adjustment in the allowances of all political office holders to make the offices unattractive.

Expressing this view to one of our correspondents on Monday, the Director-General, NECA, Dr Timothy Olawale, welcomed the review as ‘long overdue’.

He said, “The critical question however is whether the laws allow the revenue commission to review or tinker with the allowances of legislators as they had claimed to be independent and were empowered to determine their own allowances.

“Otherwise, we advise the revenue mobilisation commission to muster the courage to decisively adjust salaries and allowances of all political office holders to the extent that such offices are not made too attractive to the effect that getting there becomes a do or die affair.”

Executive Director of YIAGA Africa, Samson Itodo, said any move that would increase the emoluments of politicians’ was a mockery of the avowed plan to cut down the cost of governance.

He said, “At a time legislators in some countries are seeking pay cut due to recession, poor economic growth, high cost of governance and poverty, we are considering pay rise.

“It’s quite unfortunate and disappointing. Increasing their pay at this time makes a mockery of the discourse on cutting down the cost of governance.

“It’s inexplicable that in a country regarded as the poverty capital of the world, a country ravaged by insecurity and humongous economic challenges, our priority is to increase the pay of politicians. The more we increase their pay, the more desperation to seek public office.”

He said, “As a matter of fact, this proposal of pay rise for politicians is capable of increasing political violence and institutionalisation of corruption in electoral politics by making it as a do or die.

He noted that the proposal was coming when the government was finding it difficult to pay workers reasonable wages and advised RMAFC not to add more burden to the economy.

According to the current revenue sharing formula, the Federal Government takes 52.68 per cent from the Federation Account, the 36 states collect 26.72 per cent, while the 774 local government areas receive 20.60 per cent.-PUNCH