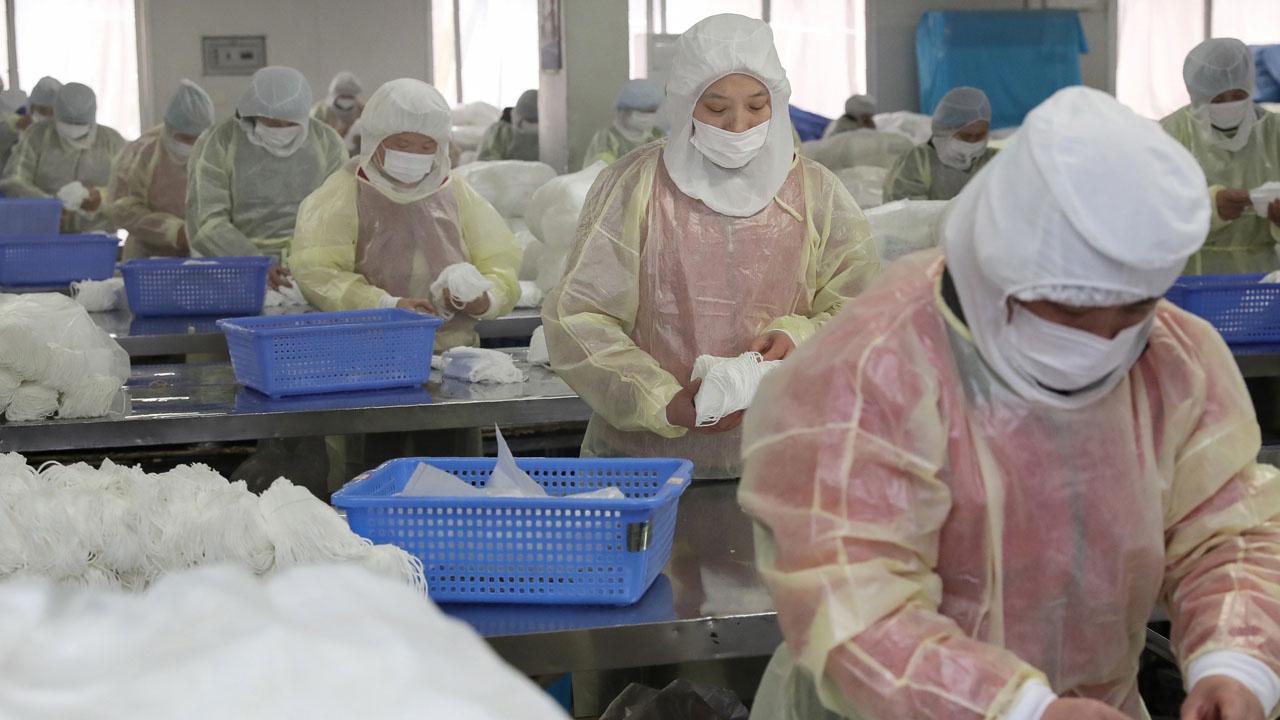 China on Monday extended its biggest national holiday to buy time in the fight against a viral epidemic and neighbouring Mongolia closed its border after the death toll spiked to 81 despite unprecedented quarantine measures. In a sign of the mounting official concern, Premier Li Keqiang visited ground-zero to oversee containment efforts in Wuhan, a city of 11 million people where the coronavirus emerged late last month.

The government has sealed off Wuhan and other cities in Hubei province, effectively trapping tens of millions of people, including thousands of foreigners, in a bid to quarantine the virus that struck amid the Lunar New Year holiday.

Twenty-four new deaths were confirmed in Hubei on Monday, and the southern island province of Hainan reported its first fatality, bringing the nationwide toll to 81, as confirmed infections swelled to more than 2,700.

The youngest infected patient was a nine-month-old baby being treated in Beijing.

Thousands of more patients with flu-like symptoms were being monitored, suspected of contracting the pathogen.

Isolated Mongolia, which is heavily dependent on trade with China closed the border with its huge neighbour to cars, and shut schools, universities and other “public events”, Vice Prime Minister Enkhtuvshin Ulziisaikhan said on Sunday.

“Public events mean conferences, any public gatherings such as sports, entertainment or travel, and competitions,” he said, specifying that the school closures would last until March 2. P>Authorities around China have already imposed aggressive curbs on transport during the usually high-traffic new year season to keep the virus out.

Typically, hundreds of millions of people criss-cross China in jam-packed buses and trains during the holiday, a time for family reunions.

But the festivities have been ruined this year by a coronavirus, which can be transmitted between humans like the common flu, with people told to avoid gatherings.

Countless popular public attractions and seasonal festivals have been shut down.

The central government extended the national holiday, initially due to end on January 30, for three days to limit population flows as it battles the outbreak.

Some municipalities like the country’s financial hub, Shanghai, went further, adding another full week off.

The nationwide measures threaten to put a dent on an economy that was already slowing down.

Beijing and Shanghai were among places mandating stringent checks and 14-day observation periods for people arriving from Hubei.

Wuhan’s major Zhou Xianwang had said on Sunday that around five million people had left the stricken city during the new year travel rush in January, highlighting fears the virus could spread further.

Workers at one of the sites on Monday slogged through muddy ground churned up by earthmovers, as occasional shouts of “Let’s go Wuhan!” rang out. P>A man in his 50s who gave only his surname, Zang, said he came with a group of workers from neighbouring Hunan province. P>“We are happy to help in this situation. Our work will finish in three days,” Zang told AFP, saying he had no fear of the virus.

“Not at all. There are no sick people (at the building site), they are all in the hospital.”

With cases now confirmed in around a dozen countries as far away as France and the United States, World Health Organization chief Tedros Adhanom Ghebreyesus headed to Beijing for discussions with Chinese officials.

The WHO last week stopped short of declaring the outbreak a global emergency, which could have prompted international trade or travel restrictions.

The US, France and Japan were among countries looking to evacuate their citizens from Wuhan, but days after plans were initially floated, no exodus had begun.

“When I look at the phone, I see dozens of reports and announcements of rising numbers of infected people, as well as deaths. I am very worried.”

All of the fatalities have been in China, the majority in Hubei and involving the elderly or people already weakened by pre-existing health conditions, the government says.

There were 2,744 confirmed infections nationwide as of Monday, up by 769 from the previous day. The number of suspected cases also doubled over 24 hours to nearly 6,000.

The virus is believed to have jumped to people from animals in a Wuhan market that sold a wide range of exotic wild game.

China on Sunday banned all wildlife trade until the emergency passes, prompting conservationists to call for a permanent ban to prevent future outbreaks.

The virus has caused global concern because of its similarity to Severe Acute Respiratory Syndrome (SARS), which killed hundreds across mainland China and Hong Kong in 2002-2003 and also was traced to the wild game trade.