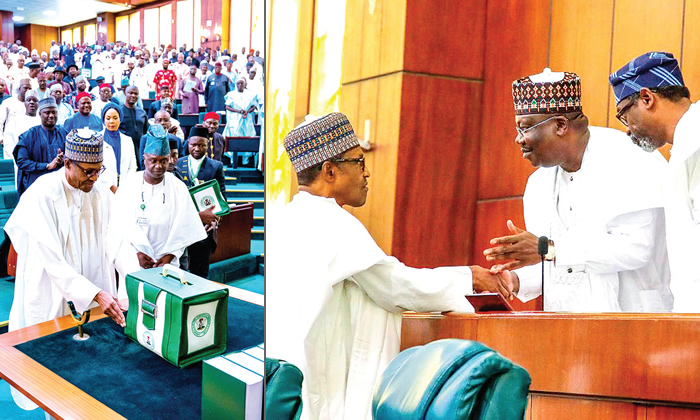 The President, Major General Muhammadu Buhari (retd.), has promised to send to the Senate, a fresh list of nominees for the board of the Niger Delta Development Commission.

Buhari said he put on hold the inauguration of the new board of the NDDC to enable the interim management committee of the agency to conclude its current forensic auditing, The PUNCH reports.

The President, in a letter to the red chamber and read at plenary by the President of the Senate, Ahmad Lawan, said his action would ensure that the IMC was not distracted while carrying out its assignment.

The letter read, "I write to intimate the senate of the development concerning the appointment of the board of NDDC.

"The Senate may wish to note that after the dissolution of the board of NDDC, an interim management team was set up to manage the affairs of the commission before a new board was composed and sent for Senate confirmation.

"The Senate is invited to note that while the process of composition and senate confirmation of the appointment of the board was on-going, I had directed that the forensic audit of the commission be carried out, which is being overseen by the constituted interim management team.

"Based on this and in order to allow for an uninterrupted process of forensic investigation, the board appointment confirmed by the Senate has to be put on hold.

"This is to allow the interim team to continue to manage the commission pending the outcome of the forensic audit.

"Thereafter, a new board of the commission will be re-composed for the confirmation by the Senate."

Meanwhile, Buhari in separate letters to the Senate on Wednesday asked the senators to approve for confirmation, the appointment of Captain Musa Nuhu, as the Director-General for the Nigerian Civil Aviation Authority.

He also sought the Senate nod for the appointments of Professor Adeolu Akande, and Uche Onwude, as Chairman and member of the Nigerian Communications Commission, respectfully.